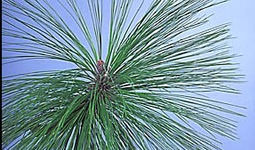 In 2012 the US Forest Service began the task of revising the management plan for the Forest. The resulting plan will direct the management of critical ecosystems for the next 10 to 15 years. Through the past year the Forest Service has been conducting extensive surveys of existing conditions on the Forest, including species of conservation concern, hydrology and wetland ecosystems. Other significant issues being addressed in the current planning process include prescribed burning in an increasingly urban environment, climate change, longleaf pine ecosystem restoration, and invasive species.

There is a lot at stake in this process. In addition to being critical to longleaf pine restoration efforts in the Southeast our 259,000 acre Forest is home to nearly 300 species of migratory and non-migratory birds and has been designated as an Important Birding Area by both National Audubon Society and the American Bird Conservancy. Species found on the Forest include the state endangered swallow-tailed kite, and the federally endangered red-cockaded woodpecker and wood stork. More than 1,600 species of plants have been documented on the Forest, including 32 species of orchids and 12 carnivorous species like the trumpet pitcher plant. Twenty-five of South Carolina’s last remaining 200 Carolina Bays can be found on the Forest. Dozens of species of reptiles and amphibians call the Forest’s 153,000 acres of wetlands and streams home.

Unlike our wildlife refuges, which are managed first and foremost for the benefit of wildlife, the forest is managed for a variety of uses, including watershed protection and improvement, habitat for wildlife (including threatened and endangered species), wilderness areas, timber production, education and recreation. It is not an easy task to find a balance between all these uses.

This is where citizens come in. The Forest Service needs to hear from you. This is an opportunity to support our local biologists and managers in their efforts to protect and enhance critical watersheds and longleaf pine ecosystems for all the species that depend on these habitats, and for the surrounding communities that benefit from them.

Comment and keep up with progress on the plan at: