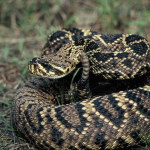 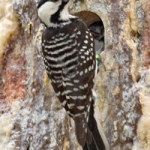 Have you visited Wambaw Creek?

Wambaw Creek is one of four designated wilderness areas within the forest.   This incredibly peaceful blackwater creek is a place where you will see cypress trees that are over 100 years old as well as swallow-tailed kites in the spring and summer.  Prothonotary warblers are also abundant.  Wambaw Creek is one of the best places to paddle in South Carolina.

Our primary contribution to the Forest is managing and funding all aspects of the environmental education programs on the forest and at the Sewee Visitor and Environmental Education Center.

In 2014 we partnered with the Forest Service to obtain grant funding that allowed us to incorporate lessons about the importance of wilderness into our education programs.  As part of this project we conducted a workshop for teachers in the Wambaw Creek Wilderness area.  Our educational efforts, and the contributions of other partners, were recognized in the fall of 2014 when Forest Service Recreation Programs Manager Jannah Dupre accepted the Forest Service Wilderness Legacy Award “For dedication and contribution to Wilderness Stewardship”.

We have supported numerous events with the Forest Service including the Bulls Bay Nature Festival, Woods Magic Forest Fair for children, Wheelin’ Sportsmen and Palmetto Pride events.  In the fall of 2014 we had the privilege of supporting the US Forest Service Chief’s Review Conference held in Charleston, South Carolina.

About the Francis Marion:

The Forest, officially designated in 1936 by President Roosevelt, encompasses more than 260,000 acres within the coastal plain, and is situated adjacent to Cape Romain National Wildlife Refuge, only 20 miles north of Charleston. The forest is managed for multiple uses including, watershed protection and improvement, habitat for wildlife and fish species (including threatened and endangered species), timber production, and recreation. The forest contains four designated wilderness areas.

A rich variety of habitats includes upland forest, bottomland hardwood swamp, maritime forest, salt marsh, and managed wetland impoundments. Nearly 300 species of migratory and non-migratory birds have been documented in the forest. Notable among the species are the state designated endangered swallow-tailed kite, the federally designated endangered red-cockaded woodpecker, and the federally designated threatened wood stork. The forest is also home to other avian species of high conservation priority such as Swainson’s warblers, black-throated green warblers, and prothonotary warblers. Black bear, otters and bobcats also call the forest home.  More than 1600 species of plants have been documented on the forest, including 32 species of orchids and 12 carnivorous species like the trumpet pitcher plant.