Solving the most pressing conservation issues along our coast requires us all to be stewards of our environment.   Stewardship takes many forms.  Friends of Coastal South Carolina’s role in promoting citizen stewardship of our public lands and coastal natural resources begins with educating our children about the value of our natural resources and our responsibility in protecting them.  Beyond this there is much all of us can do.

Making a difference requires each of us to take action in our everyday lives that reduce our negative impacts on our coastal resources, like shopping responsibly by choosing products produced locally and with less impact on nature.   You can make a difference by volunteering your time to help with a conservation project or education program.  You can inspire new conservation champions by sharing your passion for stewardship and our South Carolina coast with friends, coworkers, neighbors, and family. Take a friend to visit one of our coastal national wildlife refuges or our national forest!  You can strive to understand the issues impacting our coast and voice your concerns to local leaders. The power of engaged citizens is immense! 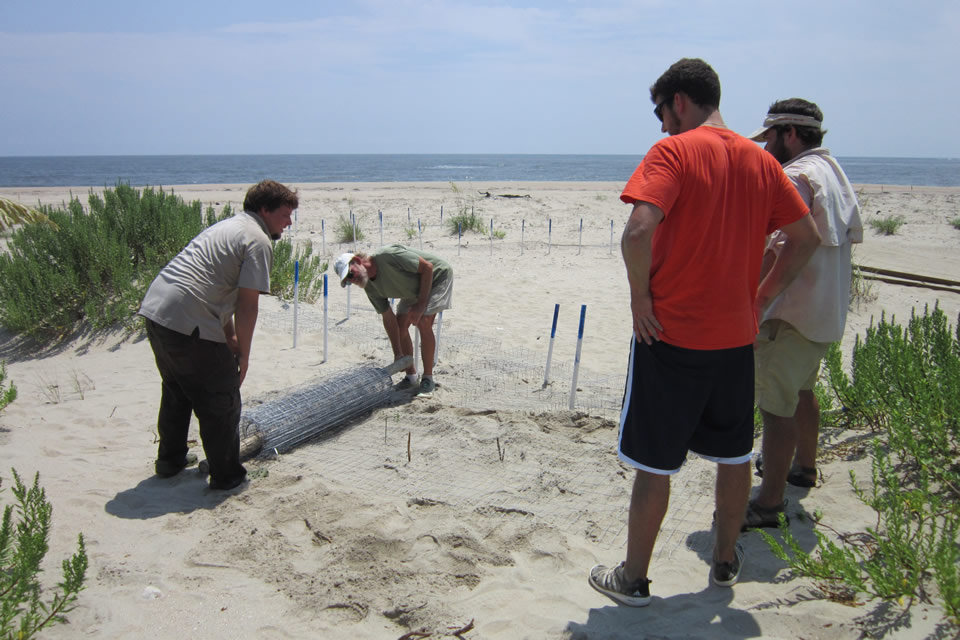 Change one incandescent bulb to fluorescent. Climate change is one of the greatest threats to not only our forest and refuges but also to our communities today.  Energy efficiency is one of our most powerful tools in combating climate change.  You can save money, reduce greenhouse gasses and reduce the amount of mercury in our streams and rivers.

How we use energy makes a difference. Carbon and mercury are two things directly related to energy usage that impact our coastal refuges and forest (as well as people!).

Carbon is released into the atmosphere when we burn gasoline and coal, and as a result our climate is changing and sea level is rising. Our coastal refuges are especially vulnerable to sea level rise. It is estimated that seas will rise one meter in the next 100 years. When this happens critical habitat along our coast for shorebirds and sea turtles, not to mention people, will be lost.

Mercury is another problem. The majority of our power here in South Carolina is produced by burning coal, which releases mercury into the atmosphere and thus into our rivers and the food chain. South Carolina has some of the most mercury polluted rivers in the country; polluted to the point where the fish caught in certain areas along our coast aren’t safe to eat. Cleaner energy resources are becoming more widely available, but in the meantime what can you do?

– Compact fluorescent bulbs use up to 75 percent less energy than an incandescent bulb and lasts up to 10 times longer, and can save $30 in energy costs over the life of each bulb.

– A power plant will emit 10 mg of mercury to produce the electricity to run an incandescent bulb compared to 2.4 mg of mercury or less to run a compact fluorescent lamp for the same length of time.

– If every U.S. household replaced just ONE regular incandescent light bulb with a compact fluorescent light bulb, it would prevent 90 billion pounds of greenhouse gas emissions from power plants. That is the equivalent of taking 7.5 million cars off the road, and would save enough energy to light more than 2.5 million homes for a year. We have some of the most important habitat for loggerhead sea turtles and shore and seabirds in the world along our coast.  Although much of the habitat is protected these place are still vulnerable to many human impacts.   Keeping plastic out of our waterways is an easy thing all of us can do.

– Thousands of marine animals and more than 1 million birds die each year as a result of plastic pollution.

– Plastic bags are often mistakenly ingested by animals (like sea turtles), clogging their intestines which results in death by starvation. Other animals or birds become entangled in plastic bags and drown or can’t fly as a result.

– Approx. 380 billion plastic bags are used in the United States every year. That’s more than 1,200 bags per US resident, per year.

– An estimated 12 million barrels of oil are required to make that many plastic bags.

– Only one to two percent of plastic bags in the USA end up getting recycled.

– The United Nations Environment Program estimates that there are 46,000 pieces of plastic litter floating in every square mile of ocean.

Understand the impact of urban development. Many of our Southeastern ecosystems, like longleaf pine forests, require fire to remain healthy.  As urban development moves closer to these places it becomes more and more difficult to conduct controlled burns.  Lack of controlled burns leads not only to degradation of the ecosystem, it makes the surrounding areas more vulnerable to catastrophic wildfires.

The Wildland-Urban Interface. Prescribed Fire in an Increasingly Urban Environment:

– Prescribed fire not only benefits ecosystems, it makes the Forest and surrounding areas safer by reducing the risk of severe wildfires. Wildfires can burn very hot, putting people in harm’s way, destroying property, and destroying wildlife and plant habitat.

– Urbanization of the areas surrounding our wildlands (the number of housing units in Berkeley County doubled between 1980 and 2010) is making prescribed fire operations more and more complex and restricted.

– The cost we pay for development and lack of prescribed burns is high. Wildfires are expensive to suppress and control. Every year millions of taxpayers’ dollars are spent to fight wildfires and to assist homeowners and landowners after wildfire strikes. In fact the majority of US Forest Service fire suppression costs nationally are related to protecting private property in the wildland-urban interface. US Forest Service managers say 50% to 95% of all firefighting costs nationally (up to $1 billion) go to fighting large forest fires to protect private homes.

– Lack of frequent prescribed fire is the primary threat to longleaf-associated ecosystems and at-risk species on the Forest.

– Rare plant species on the Francis Marion National Forest have decreased since 1996 due to the lack of prescribed fire, and those in greatest decline are at the wildland-urban interface where prescribed burning is most restricted.

Join us in the battle against invasive species. Phragmites in the ACE Basin: Have you seen this plant?

The wetlands of the ACE Basin are critical wintering habitat for approximately 50,000 ducks, geese and swans each year including as many as 25 different species. These critical wetlands are currently being threatened by an invasive reed.  Introduced phragmites is a vigorous plant that, once established, rapidly takes over, creating dense patches that consume available growing space and push out other plants.   Phragmites threatens native plants that ducks and geese depend on for food and can alter the hydrology of critical wetlands.   To report locations of phragmites in the ACE Basin contact:  Jason Ayres at jason_ayers@fws.gov,  843-300-0421.

Along with the Friends of Coastal South Carolina the ACE Basin Task Force has established a special “Invasive Species Strike Team” that is organizing and consolidating invasive species education, control measures and funding sources among its many partners.  Plant locations are currently being mapped and assessed for appropriate types and application methods of herbicides, with some treatment measures already commenced.

Citizen participation in the effort to map phragmites is critical.  To report locations of phragmites in the ACE Basin contact:   Jason Ayres at jason_ayers@fws.gov, 843-300-0421.