The wetlands of the ACE Basin are critical wintering habitat for over 50,000 ducks, geese and swans each year including as many as 25 different species.  It’s not only waterfowl that depend on the ACE Basin.  Conservation efforts have protected land for traditional uses like farming as well. 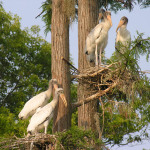 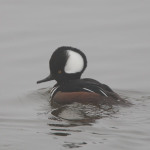 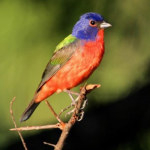 Have you visited the Grove Plantation house?

Built in 1828, it is one of only three antebellum mansions that survived the Civil War in the ACE Basin area. The house now serves as offices for the FWS Staff and is open to the public during working hours.

We manage and fund all aspects of the environmental education programs on refuge.

In 2008 we helped to develop a new public use area in the Combahee Unit of the refuge called the Pecan Grove. This area is used for educational programs and provides the general public access for hiking.

We continue to support the refuge’s efforts to eradicate invasive species.  Currently we are partnering with the refuge on a project to eradicate phragmites from the ACE Basin.

ACE Basin National Wildlife Refuge, established on September 20, 1990 to protect critical wetlands, includes 11,815 acres within the 350,000-acre Ashepoo–Combahee–Edisto (ACE) Basin Project. The ACE Basin represents one of the largest undeveloped estuaries on the east coast of the United States and is composed of diverse habitats including pine and hardwood uplands, forested wetlands, fresh, brackish and salt water tidal marshes, barrier islands and beaches. The basin’s unique estuarine system is the largest of its type in the state and provides invaluable habitat for a rich diversity of finfish and shellfish resources. The basin hosts a wealth of wildlife resources, including such endangered and threatened species as bald eagles, wood storks, ospreys, loggerhead sea turtles and shortnose sturgeon.

In the mid-1700s, tidal swamps bordering the basin’s rivers were cleared and diked for rice culture. After the rice culture declined in the late 1800s, wealthy sportsmen purchased many of the plantations as hunting retreats. The new owners successfully managed the former rice fields and adjacent upland areas for a wide range of wildlife. This tradition of land stewardship has continued throughout the 20th century. The enormous natural values found on the refuge today are largely due to the wise resource management practices of these past private landowners.

Because of their importance to waterfowl, these former rice fields have been identified for protection under the North American Waterfowl Management Plan. The ACE Basin also has been designated as a world-class ecosystem under The Nature Conservancy’s Last Great Places program.

Much of the historical value of the ACE Basin system has also been protected and preserved. The current refuge office, a former rice plantation house (The Grove) built in 1828, is one of only three antebellum mansions that survived the Civil War in the ACE Basin area. Former owners ensured that it would be preserved by including it on the National Register of Historic Places.

ACE Basin National Wildlife Refuge is part of a conservation initiative that is as significant as the estuary it protects. In 1988, in response to a thousand-home residential resort and marina proposed on the Edisto River, landowners joined with The Nature Conservancy of South Carolina, the Coastal Conservation League, Ducks Unlimited, the U.S. Fish and Wildlife Service, the South Carolina Department of Natural Resources and others to defeat the proposed development.

Once the initial development proposal was defeated, many members of this initial group continued working together as the ACE Basin Task force to promote a broader conservation vision for the region thus the ACE Basin Project was launched. The mission of the ACE Basin Project was and is to maintain the natural character of the basin by promoting wise resource management on private lands and protecting strategic tracts by conservation agencies. A major goal of the protection efforts is to ensure that traditional uses such as farming, forestry, recreational and commercial fishing and hunting will continue in the area. The project’s initial goal was to protect 90,000 acres. To date over 200,000 acres have been protected, of which only 79,000 acres are public lands. The rest is privately owned and includes 140 donated conservation easements. Conservation easements were a new idea at the time, but one by one local landowners joined the conservation effort and not only protected the ACE Basin, but created a national model for private – public partnership in land protection.