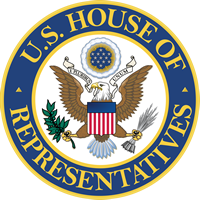 Ed Graham (L) and Mary Harper ( of the Friends of Forsythe NWR in New Jersey), stand with Jim Kurth, Chief of the National Wildlife Refuge System, after testifying before the House Natural Resources Subcommittee on Oceans, Wildlife and Insular Affairs.

Friends of Coastal South Carolina board member Ed Graham traveled to Washington to testify before the House Natural Resources Subcommittee on Oceans, Wildlife and Insular Affairs on the National Wildlife Refuge Review Act of 2013 (H.R. 638), which would revoke authority from the FWS to establish new refuges administratively, even though they must go through a rigorous public process to do so. Ninety percent of all refuges have been created using administrative authority—a number that includes action by every president since Theodore Roosevelt.  Read Ed Graham’s testimony in support of administrative establishment of new refuges at: http://refugeassociation.org/2013/04/2013refugebills/